Check Your Baggage at the Door…

Over the last few years as I *ahem* aged into my 30’s I began realizing a lot more about myself. As a young 20-something I really had no clue. My emotional intelligence was pretty high but I think I wasn’t very aware of it at the time.

During my late 20’s and early 30’s I started my own business and began doing a lot of reading and studying on mindset, motivation and what drives people to success. There are a lot of schools of thought out there about these particular topics but I found a few things that tend to be common among highly successful and happy people. 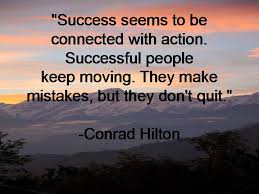 1. They surround themselves with like-minded people and also people who are smarter and more accomplished than them. It’s the person constantly looking for praise, attention and acceptance that surrounds him or herself with “yes men” (for lack of a better term). No thanks, I want someone who is going to kick me in the ass when I’m wrong.

2. They switch their mindset to automatic success mode. I was reading Psychocybernetics and much of this book talks about switching your mindset to accepting the ups and downs of life and not measuring yourself as an absolute. For example, you can’t simply say “I’m successful.” What does that mean? It’s all relative and if you try to label yourself in that way you only set yourself up for anxiety, insecurity and eventual failure.

3. They check the negative baggage at the door and also get rid of Vampire energy suckers in their lives. I realized this several years ago and I’ll tell you, it has made all the difference in the world to me. I no longer worry one second about the negative people, the energy suckers, the attention seekers and and down-right miserable people in the world. I once heard a great quote from business genius Dan Kennedy- “If I wake up thinking about you 3 days in a row and I’m not sleeping with you, then you gots to go.”

I have just realized that if you’re one of those people, I don’t care about you. There are too many good people in the world who are looking for positive energy from you and who will give the same thing back. Focus on them. Leave the negative along.

Another story I got from Psychocybernetics was the concept of leaving the baggage (or in this case, the bricks). They described taking a bag of bricks, writing one negative emotion that you often feel and placing each one in a bag. Put that bag in your car and when you get out on your way to work, tell yourself, I’m leaving the bricks here. Do the same thing when you get home at night so you can focus on relaxing and leaving work stress in the car.

Obviously I do not carry a car full of bricks (just the Prowler in my truck occasionally) but I use this mental image. Every time I get into the gym or even back home, I think to myself about checking the baggage at the door. No one needs the negative drama of someone else, so just check it.

These three factors of success can relate to fitness and fat loss 100%. Are you surrounding yourself with like-minded people who want you to be successful or are you hanging out with unhealthy people who just bring you down? If you really want to be healthy, fit and lean then you MUST cut ties with people who bring you down.

Are you setting your mind to automatic success? Are you saying “I will be in shape”? What does that mean. It’s too absolute and sets you up for stress and insecurity because you will compare yourself to others. Set short and long term goals based on YOU and reward yourself for every achievement.

Are you checking your bags at the door? Emotional health is just as important as physical and they certainly go hand-in-hand. Get yourself in a good frame of mind and get rid of those people who want nothing than to drag you down with negative energy, complaining and gossiping.

Leave me a comment about how you keep yourself positive, get rid of energy suckers or check your baggage at the door. I’d love to hear any strategies or thoughts!

—->We’re officially open at our NEW location for boot camps and small group trainings. 705 Cambridge Street in Cambridge is hopping! If you or a friend wants to come in for a free trial workout to learn how you can lose fat fast and efficiently then email me at [email protected]

2 thoughts on “Check Your Baggage at the Door”

What is your hometown? – Manchester, MA What brought you to DPT? – I got plantar fasciitis and couldn’t run for several months and needed…

What is your hometown? I grew up moving around a lot, starting off in Groveland, MA and living in 6 states. Now we call Auburn,…

What is your hometown? The Queen City What brought you to DPT? I was looking for something new to do as my couch was starting…

Talk with a coach about your goals, get the plan to achieve them.
LET’S DO THIS